I’m honored to have the amazingly talented Matt Phelan visiting Shelf Elf today for an interview about his upcoming graphic novel, The Storm in the Barn. His book is already snapping up many glowing reviews all around the kidlitosphere (right here, educating alice, Reading Rants, Welcome to my Tweendom) and I wouldn’t be in the least surprised if it’s on a fast train to Awardsville. This is a book to buy and linger over and read again and again. Welcome Matt!

How would you describe The Storm in the Barn to a potential reader?
The Storm in the Barn is a graphic novel set in the Dust Bowl about a boy who discovers a sinister figure hiding in the neighbor’s barn. It is part tall tale, part historical fiction, and part supernatural thriller.

What are you most proud of in this upcoming book?
The story was first and foremost in my mind. I wrote it first as a very detailed script, describing each individual panel. I started to worry about how it would look only after the story was set.

When you were working on this book, which came first, images or story?
Although I wrote the script before I began drawing, the initial inspiration for the book was visual. I was very influenced by the WPA photography of that time and it was those images of the Dust Bowl that started me thinking. Also, the villain of the story originated as an offhand doodle that I once made during a meeting at my old copywriting job.

In what ways do you think a typical urban kid in 2009 can relate to the experiences of Jack Clark, a kid growing up in the Dust Bowl?
I think Jack faces some universal challenges of being a kid: bullies, a feeling of uselessness, the desire to impress his father, the desire to save his family. I think most kids can relate to that feeling of being powerless yet wanting desperately to make things better.

The Wizard of Oz is an important element in The Storm in the Barn. Why did you choose to bring this text into your book? What did you hope it would add to the fabric of your story?
I wanted the book to be an American fairy tale and to incorporate elements of folklore and myth. The Jack Tales were the first stories I wanted to include, but since the story is set in Kansas, I naturally gravitated to the Oz books. They had been around for many years by the time this story takes place (1937) so I knew that these kids would be familiar with them (especially if you are a young girl in Kansas named Dorothy). Reading Ozma of Oz, I found some passages that I thought would work nicely as a sort of commentary on what was going on in my story. So I had Jack or Dorothy reading these passages out loud in two scenes. END_OF_DOCUMENT_TOKEN_TO_BE_REPLACED 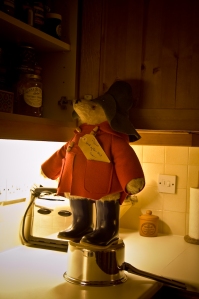 Chocolate milk gulped straight from the box,
A sliver of cheesecake… and another,
One cold orange,
A few salty olives or snappy pickles,
Sweet and sour something leftover from lunch,
Yogurt with thick ribbons of maple syrup,
Strawberries in a pool of icy cream,
A stick of celery, still leafy,
Orange juice, then champagne,
Peanut butter by the spoonful,
or something classic –
a fistful of blueberries,
the last piece of pizza,
vanilla ice cream, no bowl.

Indecision
in the dark.
Just close your eyes
and get on with it.

Everything tastes better by fridge light.